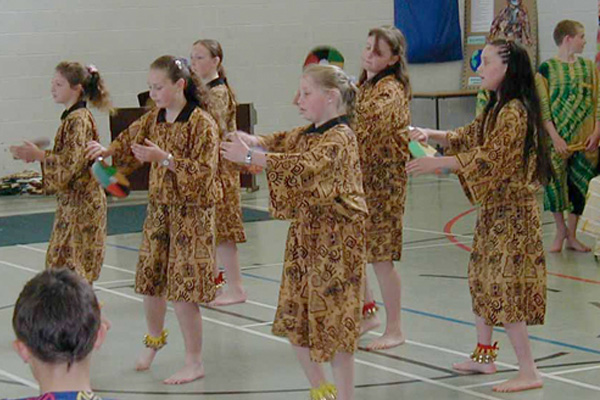 Moremi – An African epic of romance, sacrifice and bravery

It also breaks from some of the traditions of African plays in that a female character (Moremi) is at the forefront of how the story develops and is decided. Moremi is a brave, beautiful woman of valour who stakes her life for the benefit of her people, to seek peace in a world of uncertainty. We discover how through great risk to herself and the inhabitants of Ile-lfe she conquered the mysterious spirits of the Ibo tribe.

The play is divided into six chapters containing traditional African music and dance combined with a contemporary popular song. The first part of the play looks at the inhabitants and their community within the marketplace, and their struggle to maintain their land. The second part, Moremi has become the Igbo ruler’s favourite wife. Unaware of the dangerous game she is playing, secrets are revealed, and a menace will be curtailed forever.

The play deals with vital human issues such as trust, honesty, dignity, and staying true your traditions and for what you believe in. The tour was also accompanied by an educational outreach program for schools and community groups. During the week commencing of the performance, the cast of the show visited local schools to run storytelling and drama workshops, in close collaboration with the art teacher/co-coordinator.

All our performers have a broad knowledge of the traditional and contemporary artistic skills and history of their respective cultures and their impact on the cultural heritage within Britain. Pupils will have the opportunity to work alongside artists to broaden their experience and develop their knowledge of African crafts traditions and culture, with the chance to take part in and benefit from the following activities.