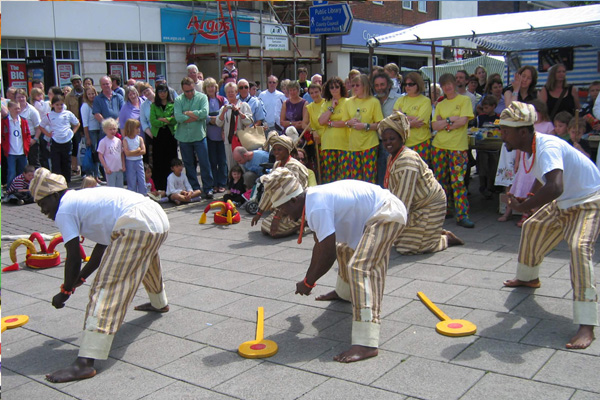 Osun organised the African Millennium Cultural Exchange Programme in the summer of 2001 which was titled – Flash of Lightning.

We took 10 local artists around Nigeria for three weeks, giving them the opportunity to interact and learn about the traditional music, dance and culture. This tour gave the local artists the chance to study the rich cultural tradition of the Nigerians

They travelled to surrounding villages to witness traditional ceremonies and visited some important traditional rulers, as well as important markets where they were able to buy authentic traditional attires.

The project was an eye-opener for the participating artists because they were able to have a first-hand experience of African traditional cultural experience.

All the participating artists enjoyed and now making a living on the hug experiences they had through their journey to the African centre of cultural excellence.