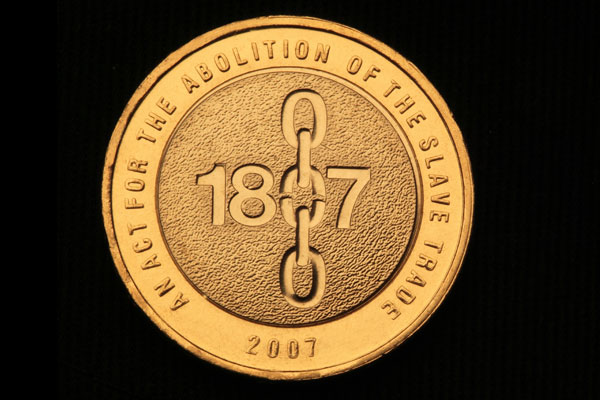 At Osun Arts we are helping school children in the UK to celebrate the 210 Year Anniversary of the act that banned the slave trade in the British Empire being passed in Parliament by working with children all over the UK through our participatory workshops so they can have a better understanding of West African Arts and Culture.

It is strange to think that just over 200 years ago people in the UK, Europe, South and North America thought it was ok for people to own people as Slaves, and those slaves had no rights.

But before we talk about the Act itself and how it came about to let us first look at a brief history of the slave trade, what conditions were like and the effect it had on the West African region.

A History of African Slavery

The African Slave Trade began because the expanding European Empires in the New World lacked a cheap labour force. In most cases, using the indigenous peoples of these new world countries as labour had proved unsuccessful (most of them died from diseases brought over from Europe), and Europeans were unsuited to the climate and suffered under tropical diseases. Africans, on the other hand, were excellent workers: they often had experience of agriculture and keeping cattle, they were used to a tropical climate, resistant to tropical diseases, and they could be “worked very hard” on plantations or in mines.

As early as the middle of the 15th Century, Africa entered into a relationship with Europe that would lead to the devastation and depopulation of the area. From this period up until the 19th Century, Europe would continue to carry on a trade for African natives.

During the 15th Century, the first transatlantic slave trade began. This was mainly because European Kingdoms were able to expand overseas and reach Africa. It was the Portuguese who first started to kidnap West Africans and take them back as slaves to Europe.

It has been estimated that between the 15th and 18th century, over 12.5 million slaves had been shipped from Africa and 10.5 million had arrived in the Americas

The majority of African slaves were transported to Brazil, the Carribean and the Spanish Empire. 5% of the slaves being transported to North America.

Quite often the Africans who were sold as slaves were captured in battles or kidnapped by other African tribes and African Leaders. Some of them were sold into slavery for debt or as punishment. These men and women often endured long journeys of weeks or even months marching to the coast of Africa to be held in large forts that were specifically built by the slave traders before being sold and transported overseas.

It was in the 17th Century, that the transatlantic trading patterns were established.

These trading patterns were known as the Triangular Trade. Trading ships would set sail from ports such as Liverpool and Bristol with a cargo of manufactured goods, such as guns and brandy to the west coast of Africa. There, these goods would be traded, over weeks and months, for captured people provided by African traders.

A slave in 1700 was bought for approximately £3 worth of traded goods and was subsequently sold in places such as the West Indies for £20, this made the slave trade an extremely profitable business for the slave traders.

The second part of this triangle was transporting the slaves on the infamous ‘Middle Passage’ across the Atlantic to sell in the West Indies and North America.

Conditions on board the transatlantic slave ships were notoriously harsh for the slaves with one in five slaves dying before they reached their destination. The slaves were kept below decks in the most appalling conditions, they were literally jammed in the cargo holds and packed like sardines. It is estimated on average each slave had 6 square foot of living space, men were separated from the woman and children and were held in chains. They were quite often mixed into groups with no common language to discourage any uprisings, which happened quite often. The slaves were fed twice a day, and only when there was good weather where they brought up on deck for air. During this time on deck, they were forced to exercise or dance. Any slaves that refused to eat were forced fed or flogged until they ate.

The air where the slaves were held was foul and putrid. The lack of sanitation and suffocating conditions meant there was a constant threat of disease. Epidemics of fever, dysentery (the ‘flux’) and smallpox were frequent.

The voyages from Africa to their destinations could take over 2 months and as stated previously many of the slaves died on the voyage. The dead were often thrown overboard.

On the third leg of the journey slave ships, once the African slaves had been sold would often load up with a cargo of rum and sugar to take back to England.

The Abolition of the Slave Trade Act 1807

The committee for the abolition of slavery led by William Wilberforce was formed in 1787. The group consisted of a group of English Protestants and Quakers. The Quakers view of slavery was that it was immoral and a blight upon humanity. Wilberforce took on the cause after reading the evidence that had been collected against the slave trade. By 1807 the abolitionists have gained a favourable sized backing of like-minded members of parliament and at its most popular the group of abolitionists known as the saints held between 30 and 40 seats. There were a number of factors that are believed to have strengthened the case of the Abolitionist Groups cause.

The cost of purchasing slaves from Africa had also risen although the price they were being sold for had stayed static, so the once profitable trade was no longer so.

The abolition movement decided to try for the abolition of the slave trade at this time rather than the total abolition of slavery for tactical purposes. They thought by trying to get a law banning the slave trade they would have a much better chance of success and if the law was successfully passed slavery would naturally wither away.

An earlier attempt for the abolition of the slave trade had failed in 1791 when parliament had voted against the bill by 163 votes to 88. At the time members of Parliament had contained many MP’s who had a vested interest in the slave trade and those who were made wealthy by the trade.